Anna In the Tropics

Directed by: Walter Baker
Performances: October 9,10, 12, 2018
Location: Paul J. Worosello Performing Arts Center (Klein Forest Auditorium)
Tickets: $5 Pre-Sale, $10 at the door.
Synopsis: ANNA IN THE TROPICS is a poignant and poetic play set in Florida in 1929 in a Cuban–American cigar factory, where cigars are still rolled by hand and “lectors” are employed to educate and entertain the workers. The arrival of a new lector is a cause for celebration, but when he begins to read aloud from Anna Karenina, he unwittingly becomes a catalyst in the lives of his avid listeners, for whom Tolstoy, the tropics, and the American dream prove a volatile combination. 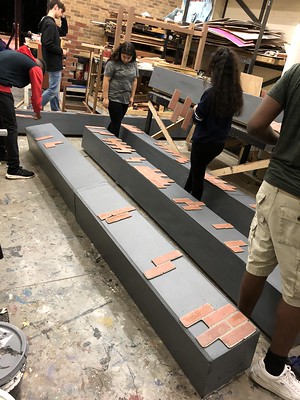 THE 8: REINDEER MONOLOGUES
BY: JEFF GOODE

Directed by: Fernando Albarran
Performance: November 15, 2018 (Thespian Fest. Cast) December 12, 2018 (Campus Cast)
Location: KF Black Box Theatre (Formally, Room 506)
Tickets:  Pay what you can Thespian Fundraiser
Synopsis:
Eight reindeer dishing about the real Santa. All those rumors you’ve heard about him and the elves? About Rudolph’s little secret? About Vixen’s story that was leaked to the press? All true. Yes, the reindeer finally speak up and – believe us – they do not hold back!

ONCE ON THIS ISLAND BY: LYNN AHRENS AND STEPHEN FLAHERTY

Directed by: Ashley Cooper
Performance: January 24,25,26,28, 2019
Location: Paul J. Worosello Performing Arts Center (Klein Forest Auditorium)
Tickets:  $10 in advance $15 at the door
Synopsis: Ti Moune, a peasant girl, rescues a wealthy boy from the other side of the island, Daniel, with whom she falls in love. Unbeknownst to Ti Moune, the pompous gods who preside over the island make a bet with one another over which is stronger, love or death, the stakes being Ti Moune’s life. When she pursues Daniel, who has returned to his people, Ti Moune is shunned because of her lowly status. Her determination and capacity to love, though, is not enough to win Daniel’s heart, and Ti Moune pays the ultimate price; but the gods turn Ti Moune into a tree that grows so strong and so tall, it breaks the wall that separates the societies and ultimately unites them. 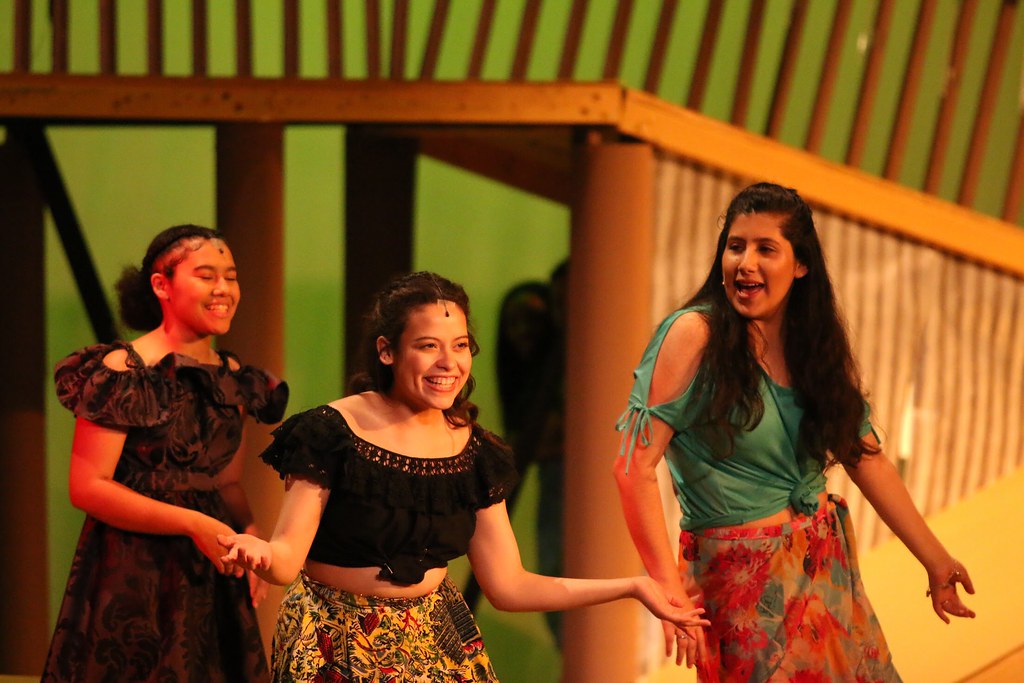 Presented by: Advanced Acting and Advanced Tech Production classes.
Directed By: Walter Baker, Fernando Albarran, Ashley Cooper
Performances: March 2019
Synopsis:  LIVING OUT tells the story of the complicated relationship between a Salvadoran nanny and the Anglo lawyer she works for. Both women are smart, hard-working mothers. Both want better lives for their children. The play explores what is the shared humanity between them…and what are the differences wrought by race, class and Ana’s illegal status. Through Ana, we understand what it means to leave a child in another country to come here, and the potential cost of sacrificing one’s own child in order to care for someone else’s. Through Nancy, we understand the pressure on women today to “do it all” and the cost of making that choice. The play also looks at the prejudices and misconceptions between Anglos and Latinos. How do we make someone “the other”? What is the cost of doing so? The play is both outrageously funny and ultimately tragic.